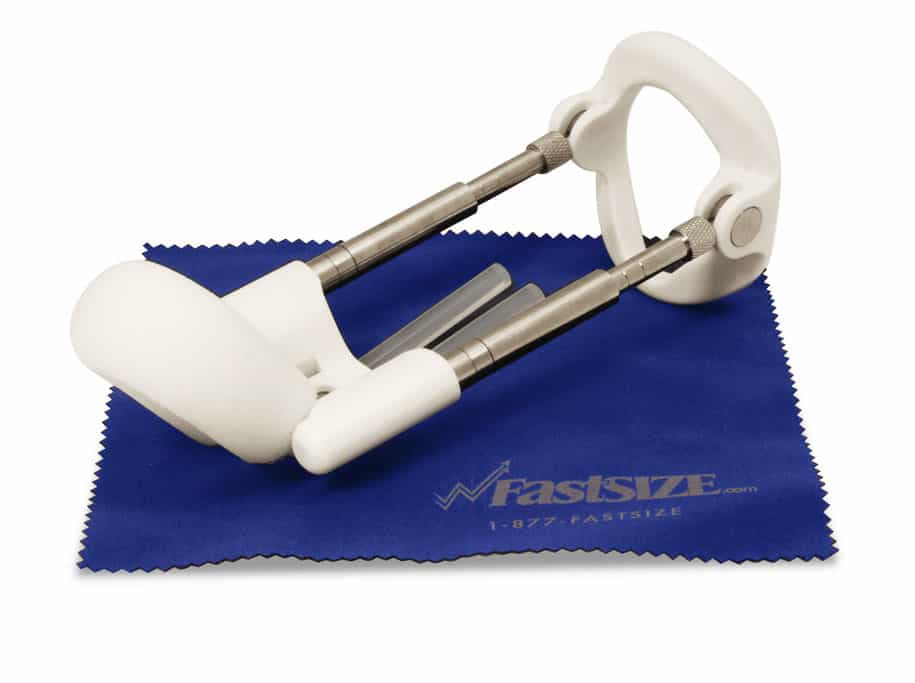 The FastSize extender is full of promises, but what is delivered?

This is the question that too many people don’t ask before making their purchase. We’re going to crack the door open on FastSize so that you can understand why this product should be avoided like the plague.

Extenders work. This isn’t up for debate, and this is where a lot of people seem to fall into a trap. Just because the idea behind a product is sound, this doesn’t mean that all manufacturers are created equal.

Just take a look at the low-end budget smartphones.

While they work somewhat, some are not able to be updated or play a majority of apps, and are riddled with problems and potential malware.

FastSize claimed to do the following:

And people flocked to this device. We’re not just talking about dozens being sold. We’re talking hundreds of thousands of FastSize extenders being sold over the course of the product being on the market.

The company stated that this device used penis traction in an effort to enhance a man’s penis. And if there is one thing that SizeGenetics has shown, it’s that this is a method of penis enhancement that really does work.

What happens is that a user will:

This method will “stretch” the penis tissue, causing cell division to occur. When the cells begin to divide, they’ll eventually lead to a thicker, longer penis. This makes a lot of sense, as micro tears inside the penis occur.

Anyone who has ever strength trained will know that this is a lot like how you train your muscles.

Tissue is broken down, and when it heals, it grows stronger and bigger over time. When traction is applied to the penis, the same thing occurs leading to cell division and eventual growth.

And since this isn’t an overnight process, people will need to use extenders on a daily basis in most cases to be able to see real results.

Some Oddities Start to Arise

Based out of Aliso Viejo, California, FastSize LLC, the parent company of the FastSize Extender, started in 1996 and reeled in a lot of consumers from around the world. The company had a product that seemed legit, but it was anything but legit.

Customer complaints started to arise (there is a whopper at the end).

Consumers would buy the extender for $39.95 (it normally sold for near $250), plus tax and shipping. The price should have been a red flag, but people overlooked these details to gets a deal. All of a sudden, complaints started to emerge.

What was the problem?

People started getting charged over $40 per month for a doctor’s program they never enrolled in before.

Buyers were being pulled into monthly service charges they didn’t know about or need. These programs were $40+, and they were agreements for a period of six months. In short, this was a major issue and one that shouldn’t have been allowed.

The company was able to persist nevertheless.

You know that all products claim to have clinical studies done and use top-quality materials. And while a lot of this seems bogus, the companies that lie about these credentials will ultimately find themselves in a lot of trouble.

FastSize was a company that didn’t know when to quit when it was ahead.

It wasn’t the scam listed above that ended with the fall of the FastSize extender.

What caused the seizure?

The FDA states the following:

A seizure warrant was provided by the U.S. District Court, so it was a warranted seizure of the company’s products.

The company also sold a product called the EQM Erectile Quality Monitor device, which was filled with empty promises. In terms of the extender, the product was represented as a way to cure or treat certain diseases, such as Peyronie’s disease. This was what caused the company to fall.

You can’t just state that a product is able to cure or treat a disease without some sort of solid backing.

And the FDA stated:

The FDA also stated that they went into the manufacturing facility and found that the guidelines weren’t followed under Good Manufacturing Practices.

The devices weren’t listed with the FDA. Materials regarding the devices either weren’t provided to or refused to be furnished to the inspectors. Since the devices were stated to be able to help with a disease, they would be under the regulation of the Medical Device Reporting.

And digging up the old site via Archive.org, we see that the company stated “FastSize will offer only medically backed Doctor advice.”

This is the device that people paid for monthly, and it was said to be “absolutely FREE.”

When putting an extender on your penis, you can’t risk your penis getting hurt or damaged because a product made false claims and was produced in such a way that it didn’t meet federal guidelines.

SizeGenetics is the only real option left standing.

If you’re one of the men that was duped into the FastSize extender in hopes of being able to achieve a longer, fuller penis, you need to try SizeGenetics today.

What’s really unique about this company versus the competition is that it’s been clinically tested, and it’s been developed alongside 3M.

You’re going to be buying a device that doctors recommend, and there is no hocus pocus attached to their claims.